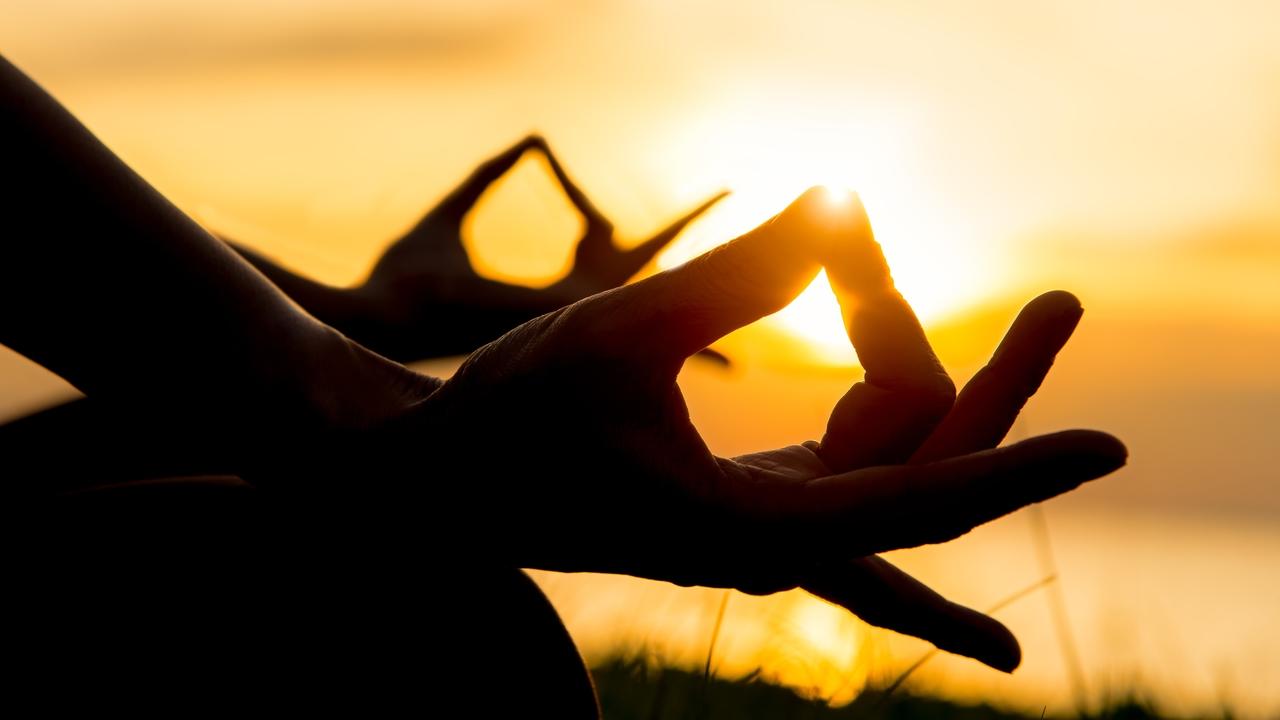 Woodman (1980, 1993), through her research and work with women with disordered eating, incorporates all the elements cited by Lawlis, above, in her approach to this issue. She recommends working directly with the body and its energies, and using myth and symbol to understand and treat women with disordered eating. She views addiction as an attempt to fill “a terrible emptiness inside,” but it is an emptiness that will never be filled by food because it is not a physical emptiness but a spiritual one (Woodman, 1993, p. 15).

Woodman (1993) suggests the crisis of eating disorders is an issue of feminine consciousness: “The feminine soul is what grounds us; it loves and accepts us in our totality. Our challenge today is to embody this” (p. 20). The terms “embody” and “embodiment” take on a meaning of wholeness with spiritual implications when viewed from this perspective. Woodman has been a major proponent of such a view and her work is discussed in greater detail later in this section.

The loss of the inner voice, of the awareness of one’s own needs, desires, or interests in the effort to respond to external expectations is a crucial issue in understanding basic aspects of women’s psychological development. The push toward rigid and chronic dieting, as well as the emphasis on meeting culturally defined standards, may be an important factor in this critical loss of a basic sense of self. It is reflected in the focus away from inner sensations and perceptions that are the basis of self- knowledge and healthy self-expression. The ability to feel “alive” inside, to feel connected to oneself, is important in all human functioning [author’s italics], (p. 244)

Although Jordan et al. do not use the term “disembodiment,” the preceding description resembles the antithesis of Ettling’s (1994) definition of embodiment: “the felt experience of being in one’s own body or more deeply connected to one’s body in a way that promotes awareness of feelings and intuitions and results in a greater sense of wholeness and integration” (p. 8). Ettling’s research, A Phenomenological Study Of The Creative Arts As A Pathway To Embodiment In The Personal Transformation Process Of Nine Women, is a feminist and phenomenological study which acknowledges the value of women’s stories and embodiment as an aspect of transformation. Ettling’s definition departs from the standard dictionary definition of “embodying”: “1. to give a definite form to. 2. to collect into or include in an organized whole. 3. to provide with a body (Stein, 1978, p. 293). In Ettling’s definition it is possible to clearly identify for myself whether or not I experience the “felt sense” she is describing.

My interest in the subject of embodiment is in the proposition that the identification and measurement of embodiment resides solely in the individual, thereby placing the responsibility of knowledge in the hands of the woman. However, this is not to value a purely subjective knowledge alone; rather, what is important is constructed knowledge based on experimentation, evaluation, and validation by the individual of information from external knowledge sources. Like Belenky et al. (1986) and Casper (1994), I see the incorporation of knowledge from internal and external sources as highly integrated and valuable. Deep embodiment speaks to the transpersonal level of knowledge, but I have yet to see it defined with respect to feminine knowing, nor do I have the ability to articulate it myself at this point. Ettling’s (1994) study offers a general starting point for such a discussion; she stresses the significance of women’s knowing and embodiment in her analyses of the stories of women’s experience of creative expression, embodiment, and transformation.

In The Experience of Beauty, Body Image and the Feminine in Three Generations of Mothers and Daughters, Shields (1995) shares her own story and the stories of her mother and grandmother. In my review of the literature, this was the only example I found of a researcher including her own story of disordered eating. Here Shields reveals her experiences with bulimia and her eventual healing with food and body image, and speaks to the shift in her motivation for self-care, which I define as embodiment:

I could no longer live in the diaphanous world of trying to maintain the ideal figure and decided to pursue a dream I had had since adolescence: to be a ski bum. Through skiing, I began to create a positive body image for myself. This body image was not an imitation of popular culture’s anima woman; this body image was an envisioning of my own true body-self. As I became more adept at skiing, I felt increasingly beautiful and connected profoundly with my body. The grace of moving through newly fallen snow was numinous and connected me to my body-self. Placing myself on skis on dangerously steep pitches and terrain forced me to have full body awareness. From the position of my wrists to the initiating of a turn with my big toe, my body-self was fully alive at these moments. (p. 109)

However briefly, Shields discusses her separation from the cultural perception of right body size and describes how she redeemed and re-connected with her own body through the act of skiing.

As a pioneer in research and teaching in feminine development and consciousness, Marion Woodman’s work directly bridges the cultural gap between spirituality and eating disorders. Clearly stemming from a transpersonal perspective, Woodman’s first book The Owl Was a Baker’s Daughter (1980), was an effort “to understand the psychic dimensions behind obesity” (p. 15).

In this study Woodman (1980) conducted Jung’s “association experiment” with twenty obese women and twenty non-obese controls. The experiment involved giving each participant a simple stimulus word to which she would react with a single word response. Participant comments were written down verbatim. Data were evaluated by looking for patterns of response and focusing on repetition (indicating active complexes). Remarks were classified by their direct statement or by their implication. Woodman identifies eight complexes from her obese population data: (a) food, (b) mother, (c) loss of body image, sexuality, and feminine identity, (d) father, (e) religion, (f) fantasy preferred to reality, (g) aggression, and (h) death.

Woodman briefly describes the relationship of obese women and their responses relevant to each complex; she suggests that obese women relate particularly to the eight complexes identified, and although the controls’ relationship to the complexes was interesting, for the rest of the book she focuses on the remarkably similar responses among the obese population and the symbolic meaning of fat. Ultimately Woodman views her study as evidence that obesity and anorexia nervosa are opposite poles of the same neuroses, which requires a rediscovery of the feminine for healing.

Woodman (1980) supports her investigation into women’s associations with Jung’s view on body and psyche.

Jung was eventually to conclude that the various bodily symptoms were messages from the psyche itself… For Jung, the healing power resided in a conscious awareness of the symbolic nature of the dream, which provided the psychic meaning of those body symptoms by which the spirit struggled to communicate its condition and its needs (p. 60).

She suggests that obesity and the symptoms of eating disorders are messages from the soul to be understood and acted upon for the purpose of reconnecting with the divine feminine.

The notion of embodiment suggests a relationship between spirit and matter that intersects at the level of the body. Drawing on the work of Jung, Woodman’s (1990) theory stresses that healing the complexities of obesity occurs through influence of metaphor, which bridges the gap between spirit and matter: “It reveals consciousness holding matter and spirit together by the linguistic transformation (meta-phor in Greek means a carrying across) of the realm of matter into symbols of the spirit…” (p. 24). Thus,

All language is, in fact, metaphor—words standing for something The continuous intercourse between matter and spirit is thus apparent in the very nature of language, which originates in metaphor. Language, therefore, presents us with a world in which matter and spirit are intimately linked.. . . Journeying between earth and heaven, joining one to the other, the soul understands the language of poetry, the language of metaphor, which integrates the image with feeling, mind and imagination. The metaphor, or the symbol, heals because it speaks to the total person.. .. Without the metaphor, the mind may be fed but the imagination and heart go hungry…. Transformation takes place through metaphor. Without metaphor energy is locked into repetitive patterns… In the creative matrix, the symbol flows between spirit and matter, healing the split. (Woodman, 1990, pp. 24-28)

Woodman (1980) admits to the subjectivity of her interpretations and categorizations. I believe further research validating, negating, and/or expanding her work would be extremely valuable. However, the tremendous popularity of her work leads me to assume a “heuristic validation” of her insights. This term, derived from Moustakas (1990), describes reader response as one process of validation on his own study of loneliness. He states, “I received about two thousand responses from readers of Loneliness” (p. 34) which, he suggests, provides verification of his findings by readers who recognized the subjective experience described in his research. Anderson (1998b, 2000) similarly defines “sympathetic resonance” as a research tool pointing to the visceral recognition of familiarity in one’s own experience with that of another. Both of these types of relational validation may speak to the power of story to add meaning and knowledge to the lives of women. Much of Woodman’s writing, and Jungian psychology in general, may appear elitist and exclusive, making it incomprehensible and inaccessible to many (and perhaps the majority of) women in this culture. However, Woodman also includes the stories of the women with whom she works to illustrate the relationship between disordered eating and feminine consciousness. Women’s stories may be catalysts for knowledge and transformation for a wider audience of women. Drawing on the theory set forth by Woodman (1980, 1985, 1990), this study employs both story and imagery work, including creative expression, in an effort to explore the potential of metaphor to heal and to provide growthful opportunities for the women participating in this project.