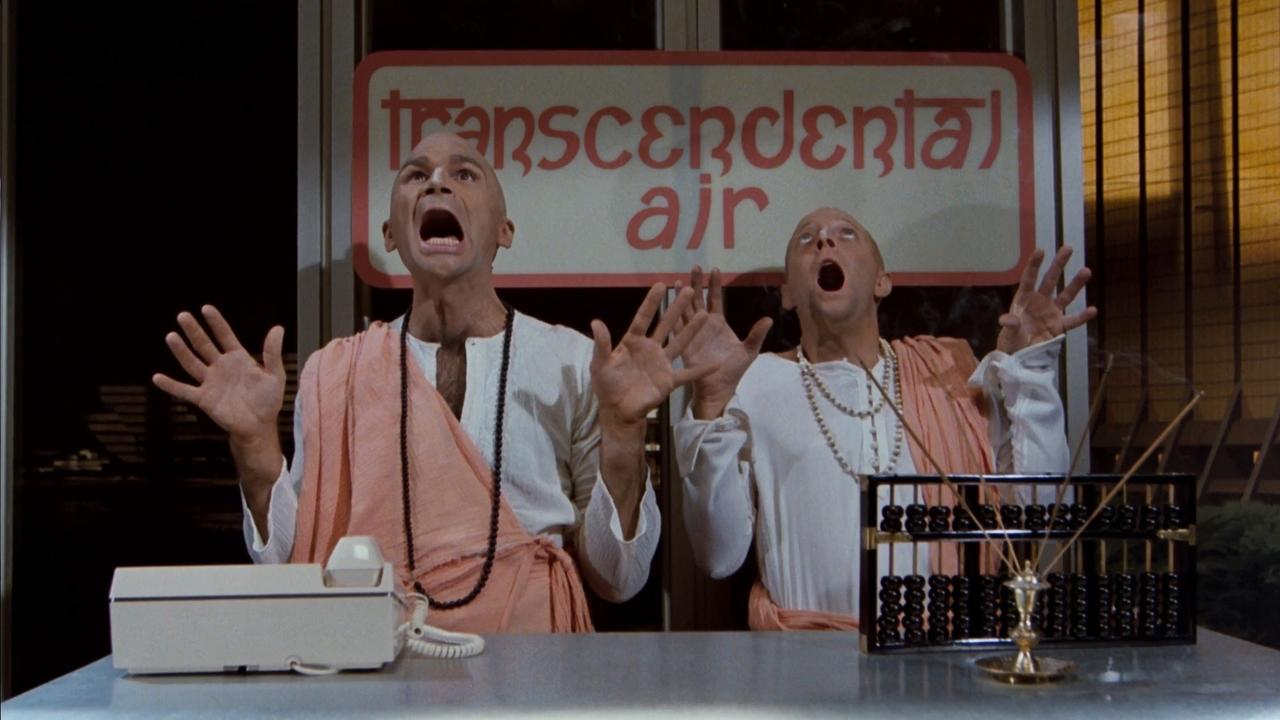 Taking a course in Eastern Religions is risky for me, being a raised protestant and all, but I am on such a roll as an eager and successful student at Golden West College that I’m feeling brave. Ideas of blasphemy and sacrilege try to smother the long denied worldly curiosity of this Presbyterian preacher’s daughter causing me to waver in my decision to register for Nut-ism 101. However I make the leap and attend the first class excited, skeptical, and terrified.

An air of uncertainty shadows me as I find a seat in this otherwise typical college classroom. The instructor’s appearance is no balm for my skepticism. He is long-haired, bearded, cotton-clothed, and sandal-footed. My head rings with choruses of warnings about exploring outside the safe, familiar Christian – Judeo traditions. ‘Look at this whackjob. He’s old enough to know better. Are you really going to sit here and listen to this crackpot? Get out now before he brainwashes you.’

In my head I see horrific visions of myself wearing unflattering orange robes and flowers in my partially shorn hair. Smiling, dancing, and singing like an idiot, I hand out flowers to reasonable people at the airport while sane friends and family look on with shame, pity, and scorn. 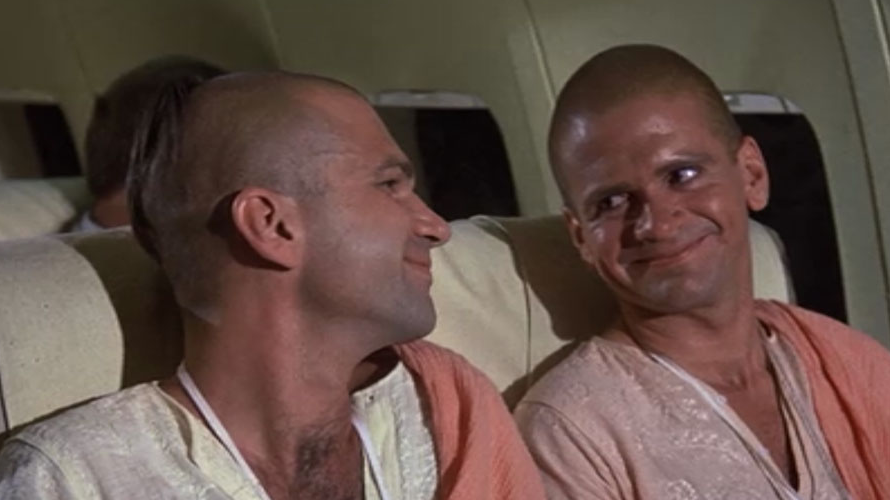 I am simply taking a humanities elective, mind you, but my fear of new spiritual ideas relishes in taking me on wild rides to great calamitous extremes.

The instructor’s behavior continues to fuel my fears with nearly every word and deed. Only reading our text, The Three Pillars of Zen by Roshi Philip Kapleau, offers safe harbor in intellectual waters. Enjoying the rationality and anonymity of my non-experiential, non-participation lecture hall courses, I find Yogi the Buddha’s tendency to call on students at random for answers to the great questions of life to be too confrontational for my shy, tenderhearted alter ego. For some reason, it is never the inspired, bossy, public speaking student leader who shows up for this class on Tuesdays and Thursdays. It is the nonverbal, fragile little girl whose secret fascination is no match for her terror.

Eventually the anxiety becomes too much and I drop the class with relief and regret. But not before one of Gandhi’s in-class experiential exercises shakes me to the core. It is my first lesson in understanding awareness as something other than an intellectual concept.

On this ominous day his instructions are simple but really not appropriate for an academic environment since they begin with, “Close your eyes and let your mind become an empty black space.” “Watch a number appear in the black space,” he says. “Then watch it disappear to make way for a new number. Now watch that number disappear into the same blackness out of which a new number arises. Whatever it looks like for you, let the numbers come and go against the space.”

After doing this for a few moments, with eyes still closed, Maharashi Mahesh Gufi asks us all, “Where do the numbers come from? Where do they go? What is the place that is created when you close your eyes? What is making the space and the numbers? What is your will directing? Where does the space exist?”

Nervous laughter and reasonable intellectual answers try to break the spell ol’ Hummus Breath is casting upon us, but it is too late for me. Something has already happened. I pop out of that black space as soon as my classmates’ laughing starts, not realizing until I open my eyes and try to return to my rational way of student-ing how much of a shift needs to be made. I was in that place long enough to give a sweet taste of some new adventure to the curious, covert, and counter-cultural part of the minister’s daughter.

What happened as I watched those numbers appear and disappear as if on a scale (my favorite cruel measuring device) I cannot describe. Words seem broken when trying. If I had the courage to dwell there and the experience of visiting such places I might say what it was not. It was not visually spectacular – heavenly or hellish. It was not emotionally evocative, though I feel startled by the power of it. It was not intellectually engaging; there was no language, message, or stone tablet. I might also say that it was simple, yet profound. It was nothing, yet everything. It was an experience of feeling the curtain pull itself back for a little peek into the mystery. And it might have been an easily forgettable moment in time except for the indelible impression it left in every cell of my body.